The Changing Landscape of Autonomous Vehicles

For the last five years, the autonomous vehicle (apart from electrification) has been the trending topic in the transportation industry, given its far-reaching implications for the entire economy. Carmakers around the world started embracing terms such as “self-driving” and “mobility”, Autopilot systems started gaining traction, cars were expected to communicate with each other and road accidents were supposed to be a thing of the past. But fast forward to 2021, and not everything has worked out as expected. So what are the challenges that autonomous vehicles face? Which countries are leading the race towards the adoption of autonomous vehicles? How has the pandemic affected AVs?


Primer
‍
According to Gartner, an autonomous vehicle is one that can drive itself from a starting point to a predetermined destination in “autopilot” mode using various in-vehicle technologies and sensors. There are five levels of automation. On one end, there are Level 0 vehicles that place the responsibility for all menial tasks with the driver, including braking, steering, and acceleration. On the other end, there are Level 5 vehicles that demand nothing of the driver and can operate entirely without them.

Autonomous cars produced today are generally between Level 1 and Level 3, with few or limited automated functions. But certain Tesla models and Waymo are exceptions to this rule, with both featuring a full range of self-driving capabilities.

Why do we need AVs?

One of the primary reasons for the adoption of AVs is safety. The WHO estimates that there are 1.35 million road deaths and 50 million injuries annually, with human error responsible for around 95% of the cases. So AVs have the potential to reduce these casualties dramatically. Adoption of AVs could also lead to productivity gains, improved traffic flow, reduction in private car ownership and energy use.

What are the various AV use cases?

When people think of AVs, they usually think of autonomous cars. But AVs are much more than just cars; they could be robo-taxis, transit buses, delivery robots, drones, logistics barges etc. Some of the major use cases include:

• Delivery Robots: Delivery robots are more convenient and perceived to be safe, and unlike autonomous cars, you don’t need to trust them with your life. These qualities make it easier for delivery robots to be accepted by society.
• Transit buses: Slow-moving transit buses are the immediate future of AVs, with countries like Singapore and Norway piloting driverless buses. There are many companies in this space, including May Mobility, Coast Autonomous, Optimus Ride, Navya, and Drive.ai.
• Robo-taxis: Given that city roads remain far too complex, unregulated and geographically distinct, you may not see robo-taxis crisscrossing all around the city. Rather, robo-taxis are more likely to traverse carefully chosen routes at low speeds under 40 MPH in a handful of cities.

While many countries and governments are paving the way for autonomous vehicles, there are some who are doing it better than others. The latest edition of the Autonomous Vehicle Readiness Index (AVRI) assessed 30 countries and jurisdictions using 28 different measures. The measures are organised into four pillars: technology and innovation, infrastructure and consumer acceptance, policy and legislation. The top four countries according to the Autonomous Vehicle Readiness Index are:

Singapore
• Singapore topped the AVRI, overtaking the Netherlands, which topped the index last year. Singapore was ranked first on both the consumer acceptance and policy and legislation pillars.
• The Southeast Asian nation has expanded AV testing to cover all public roads in the western parts of the country, and starting next year, it aims to serve three areas with driverless buses.
‍
The Netherlands
• The Netherlands, which was ranked second overall, retains the top rank in terms of infrastructure, leading on EV charging stations per capita and second only to Singapore in terms of road quality.
• Given an extensive series of pilots, 81 percent of people live near AV testing sites. In 2019, the country extended its use of smart road furniture, including traffic lights that send their statuses wirelessly to AVs in 60 new areas of the country.
‍
Norway
• In 2019, Norway extended its use of AVs with several bus routes in the capital city of Oslo, now driverless. The speed limit for driverless vehicles on roads has been bumped up to 20kph from 16kph.
• The Northern European country is also testing AVs in extreme weather conditions, with pilots of driverless cars, buses and trucks on the Svalbard islands in the Arctic Circle.
‍
United States
•With 420 AV company headquarters, the U.S. is second only to Israel on technology and innovation. Tech giants, including Apple and Google's Waymo, carmakers such as Ford and General Motors continue to dominate AV development.
• Cities like Pittsburgh and Detroit are finding innovative ways to introduce and promote AVs. 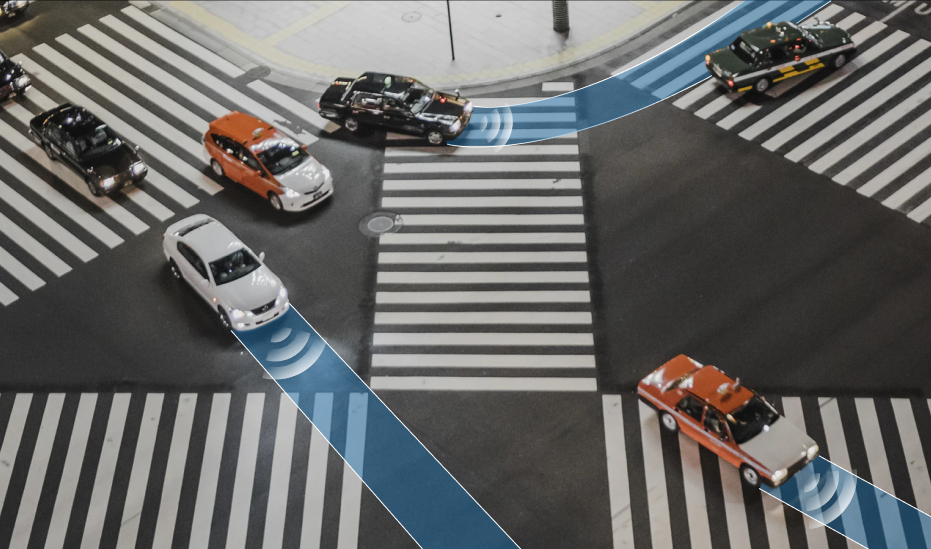 The pandemic has forced governments and carmakers to shift gears when it comes to the adoption of AVs. With governments grappling with the delta variant and focussing on mitigating its effects, it may take time to pass legislation required to get autonomous vehicles on the road. Carmakers are shifting their timelines and assessing the changed consumer behaviours caused by the pandemic. The pandemic could work either way- it could lead to a reluctance to use shared-car services, which is regarded as a significant launching pad for AV technology or could make self-driving options more appealing due to an increased desire to stay away from mass transit.

• Robotaxis: In response to the pandemic, companies are developing solutions and guidelines for cleaning, sterilisation and general maintenance. Strict cleaning schedules and maintenance checks combined with existing technologies like in-cabin monitoring solutions can help in disinfecting vehicles. Waymo and KiwiBot are manually disinfecting their vehicles with the help of sanitisation teams.

• Delivery Robots: Delivery robots such as Nuro’s R2 are designed to exclusively carry groceries and other essentials rather than human occupants. In February last year, Nuro became the first recipient of the autonomous vehicle exemption from the U.S. Department of Transportation. With a steep rise in demand for home delivery and an increase in online grocery sales, Nuro is confident about its future. The company partnered with several nonprofits to help make meal deliveries for local food banks and delivered quarantine kits for those sheltering in place.

‍
Challenges
‍
There are many challenges to the adoption of AVs; some of the major ones include:

• Edge cases: As the environment and the people are quite unpredictable, AVs should account for edge cases such as differentiating between a flock of birds crossing the road or wind blowing leaves across the road. While humans are generally proficient behind the wheel, they’re also imprecise, so until all the vehicles on the road are autonomous, AVs have to continue responding to edge cases and countless quirks exhibited by human drivers.

• Infrastructure: Developing an autonomous vehicle with all the sensors and driverless capabilities is not enough; the roads and infrastructure should also be developed simultaneously to accommodate AVs. There is an ongoing debate on how much effort countries and jurisdictions should put into digital infrastructure for AVs, including smart traffic lights, high-quality digital mapping, and sensor networks.

• Data: Given that autonomous vehicles can generate around 4TB of raw data every day, effectively storing data and translating it into actionable insights becomes difficult. There’s also the need for AVs to communicate with each other and share data with the use of consistently high-speed internet.

While AVs currently face quite a few challenges, the solutions are rapidly catching up. Semiconductor chips are becoming increasingly powerful, artificial intelligence is becoming more robust, and onboard sensor systems are becoming more compact and affordable. Cloud computing can shift data processing away from the vehicles onto more capable and rigorously updated servers, while 5G networks can exponentially increase data transmission rates. People are also increasingly warming up to driverless cars, thanks in part to autonomous technologies already finding their way to consumers in the guise of advanced driver assistance systems (ADAS), such as adaptive cruise control and traffic signal alerts.

Autonomous vehicles have the potential to be the most revolutionary technology since the advent of the automobile. But for the large-scale adoption of AVs, many puzzle pieces must fall perfectly into place.
Back
PrivacyImprint